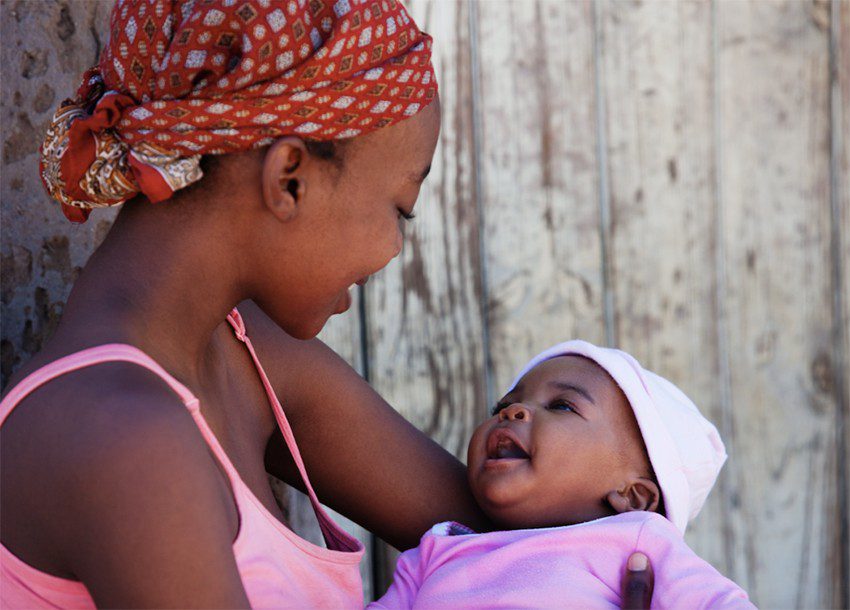 Infants perceive fearful looks from the whites of your eyes

The eyes are the mirror of the soul, often revealing the emotional state of those around us. Even babies appear to perceive such signals. Scientists at the Max Planck Institute for Human Cognitive and Brain Sciences in Leipzig have discovered that even seven-month-old infants react to fearful eyes without conscious awareness. It is enough for them to just see the “whites” of the eyes, the part of the eyeball known as the sclera. Infants respond differently to direct and averted fearful gazes.

We learn a lot about other people by looking into their eyes. The eyes tell us how our conversation partner feels. The white sclera of the human eye has a central signal function. It is unique in the animal kingdom: In most animals, only the iris of the eye is visible. Even in apes, the sclera is much smaller than in humans. The size and the shape of the sclera tell us, for example, whether a person is fearful and where he or she is looking at the moment. In states of anxiety the eyes are wide open and the white part appears bigger. If the person’s gaze darts anxiously around, this is a sign of danger in the environment. If someone gazes directly at another person in this way, he or she is expressing fear of that person.

Newborn infants perceive gazes and react to them. A number of studies have shown that they prefer faces that look directly at them. They also try to follow the gaze of another person. However, they do not respond to fear until the age of approximately seven months. Before that, the required brain structures, such as the amygdala, are not yet fully functional.

With the help of electrodes attached to the front and back of the babies’ heads, the scientists measured brain activity. Fearful-looking eyes triggered stronger electrical potentials in the infants’ brains. “In this context, we know that the brain is reacting exclusively to the sclera, because we removed all other visual information beforehand,” explains Sarah Jessen from the Max Planck Institute for Human Cognitive and Brain Sciences. The response occurs without conscious awareness, as the researchers only showed the pictures for 50 milliseconds — too short a time for them to be consciously processed by infants of this age.

The brain also responded more strongly when the eyes appeared to gaze directly at the babies: An averted fearful gaze elicited weaker electric signals in frontal regions of the brain that are responsible for higher cognitive abilities and attention. “At the age of seven months, infants can therefore already read fear in the eyes of others without consciously being aware of it. To do so, they rely solely on the shape of the sclera,” says Jessen.

Tobias Grossmann, who headed the study at the Max Planck Institute in Leipzig, says, “The fact that humans are already able to read the gaze and emotions of others from a very early age is an indication of how important this ability is for social interactions.”

The ability to focus on the eyes of others and the direction in which they are looking is an important indicator of healthy social development. Infants in whom this ability diminishes between the ages of two and six months often develop social deficits later on.