HOW BABIES’ BRAIN DEVELOPMENT IS SHAPED BY TOUCH 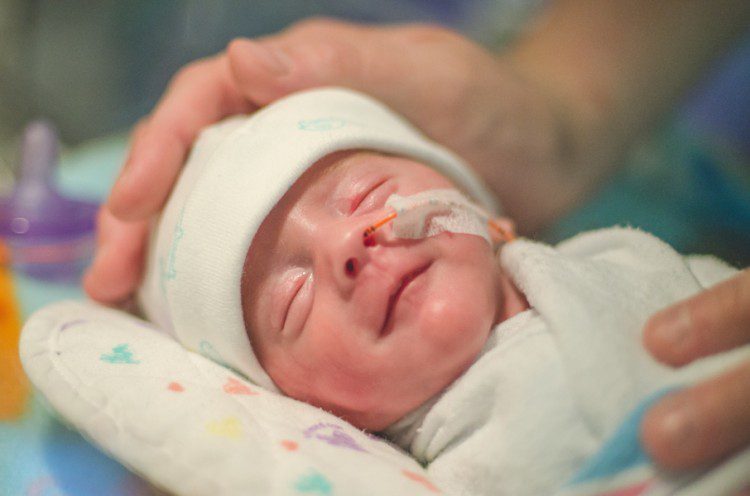 For newborns, skin-to-skin contact with parents and caregivers helps shape how their brains respond to touch, a sense necessary for social and emotional connections. A lot of previous research has linked skin-to-skin touch with developmental benefits for both premature and full-term babies, ranging from improved growth and sleep to better motor development.

Research has also tied breastfeeding and other forms of supportive touch to less discomfort during from needle sticks and other painful medical procedures. Using Infant Massage practices such as Resting Hands and Touch Relaxation can help infants learn to relax in the face of stress.

In this study, researchers tested how 125 premature and full-term infants responded to gentle touch. Overall, the study found that preemies were more likely than the full-term babies to have a reduced response to this contact. Preemies who had more gentle contact with parents and caregivers had a stronger response to touch than the preterm infants who didn’t get this type of support. The preterm babies who had more exposure to painful medical procedures also had a reduced response to touch.

In the International Association of Infant Massage (IAIM), there is a specific protocol used with premature infants to help them receive touch and communicate with their parents.

Lead study author Dr. Nathalie Maitre of Nationwide Children’s Hospital in Columbus, Ohio says, “Our findings add to our understanding that more exposure to these types of supportive touch can actually impact how the brain processes touch, a sense necessary for learning and social-emotional connections. What is surprising is that painful procedures which are known to impact the processing of pain in the brain also impact the processing of touch, in a negative way,”

Pregnancy normally lasts about 40 weeks, and babies born after 37 weeks are considered full term. In the weeks immediately after birth, premature babies often have difficulty breathing and digesting food. They can also encounter longer-term challenges such as impaired vision, hearing, and cognitive skills as well as social and behavioral problems.

The preemies in this study were born between 24 and 36 weeks gestation, while the full-term infants arrived between 38 and 42 weeks. They all participated in the touch experiment before they were discharged from the hospital where they were born.

Newborn development, especially in the first few months, is heavily shaped by touch and sound, as the visual system is still very immature. Touch is a way for infants to learn about their surroundings and an early way to communicate with their parents.

To evaluate how newborns respond to touch, researchers exposed all of the infants in the study to a light puff of air and a “fake” puff of air and measured their brain responses. Researchers chose a puff of air because it does not generate enough pressure to activate any pain receptors, Maitre said. If the infant brain can respond to this touch, babies can also learn how to tell the difference between different textures, for example the difference between their mother’s skin and a hard object, or even their father’s stubbly cheek and their sister’s soft one.

Preemies who were in the NICU and spent more time in gentle contact with parents and caregivers had a stronger response to touch in the experiment than the preterm infants who didn’t get this gentle contact, researchers report in Current Biology.

However, the more painful medical procedures those premature infants had to endure, the less their brain responded to gentle touch later. That was true despite the fact that the babies were given pain medications and sugar to make those procedures easier to endure.

One limitation of the study is that researchers couldn’t control for opiate use, because all infants undergoing painful procedures received some type of analgesia, the authors note. Researchers also lacked data on the intensity of pain infants might have experienced during different treatments or tests.

INFANTS CAPABLE OF COMPLEX BABBLE MAY GROW INTO STRONGER READERS