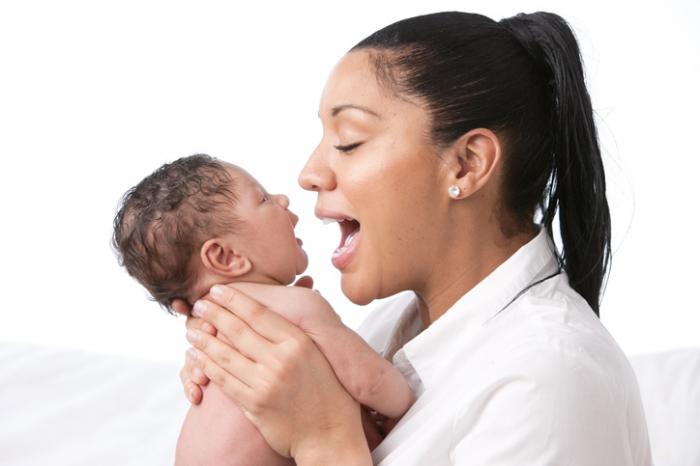 In our Infant Massage classes, we incorporate parents singing to their babies as soon as the parents feel confident in delivering many of the strokes. When I was developing our program, I found that singing a slow, repetitive, rhythmic lullaby helped both myself and my baby to relax and have fun with the massage. I believe it is an important part of the parent-infant bonding that is the cornerstone of Infant Massage, and I believe the recent studies such as the one below confirm that assumption. This was and is a break from the traditional Indian baby massage, which is performed in silence.

The study by researcher Shannon Delecroix, asks the question: How can mom singing teach her baby to control his/her emotions? Delecroix has spent years studying how a mother’s music can influence a child’s development. She calls it “Infant-Directed Singing” and found that it does more than create a bond; it also helps babies learn focus and self-control. “It also helps babies modulate their arousal level” she says, “so they’re not over- or under-aroused; they’re kind of ‘in the zone’.”

In another study, researchers used a “Jolly Jumper” to study something called “rhythmic entrainment”—when this ability emerges is the focus of this study. Babies are given motion sensors and are exposed to various music and tempos.

Delecroix says, “The way the infant responds to a particular musical stimulus tells us a lot about how the human brain is wired.”

From the moment I incorporated a rhythmic lullaby into our daily massage, I knew it was important. It structures the massage, as singing this lullaby—the one we use most often is the Bengali lullaby “Ami Tomake Balobhasi Baby” (meaning “I love you, my baby”) has a rhythm that goes beautifully with the rhythm of the strokes. I’ve been thinking about the idea of “cues” and wondering, how would it enrich the massage if we had a song for the legs, one for the tummy, one for the chest, etc. The change in songs would be a cue to the baby that “We’re moving to another area.” I think it’s worth studying, though coming up with the right songs for each part of the massage is daunting.

These studies made me think about it, and confirmed for me that our singing of “Ami Tomake” is spot on.

More about these studies can be found at //www.ksat.com/news/Researchers-examine-benefits-of-infant-directed-singing/25681284 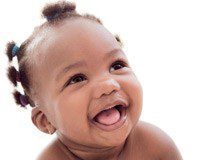